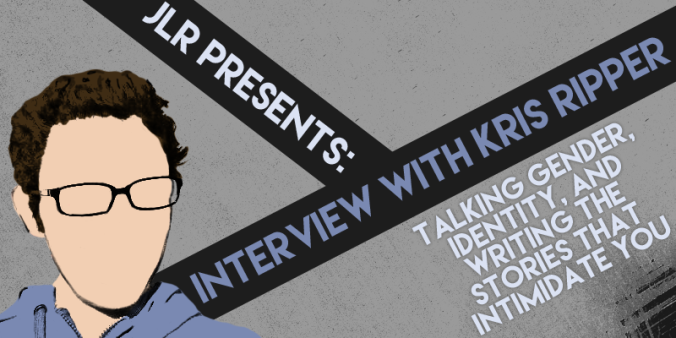 I emailed Kris a couple of weeks ago to say how much I enjoyed reading zir queer fantasy story, “The Queen’s Reflection”, in the Follow Me Into Darkness anthology. We ended up chatting about what stories we want to see more of, and the struggles with writing characters outside our comfort zones. I was extremely curious to know more about writing Isah (as well as other non-cisgender characters, of which ze has written several), so I was thrilled when Kris offered to answer my questions!

Thank you so much to Kris for agreeing to this interview! I’ll jump right in:

Are there any particular challenges to writing transgender, genderqueer, and non-binary characters that you don’t come across with cisgender characters?

Well, it sort of depends on how you approach it. I think there are folks writing characters who are not white, cis, ablebodied, heterosexuals who feel a desire to educate. They want the reader to really *get* whatever that experience is.

I don’t believe there is *an* experience of…anything. Really. I’m genderqueer; I do not have a lock on The Genderqueer Experience. Likewise, I chose to have a kid by myself and conceived alone in a room. That’s…somewhat uncommon. But I don’t get to say that my experience is the only valid way to have lived that story.

So from that perspective, I feel way more challenged trying to write a white, cis, fit, able-bodied, middle class gay guy. Because that’s been done. Exhaustively. So if I want to enjoy that book, I have to make it interesting for myself.

And, of course, I research the hell out of everything. I just wrote a character with multiple sclerosis. I’m about to write a character who uses a wheelchair. Am I terrified I’m going to get stuff wrong? Oh yeah. All day long, man. But this is my job. And I do love my job.

And on that note, when writing trans and gender-queer characters, how do you find the character’s identity… especially when they’re struggling to understand their own identity, like Isah in “The Queen’s Reflection”? Is it something that’s fully formed as you start writing, or do you discover the character as you write more about them? 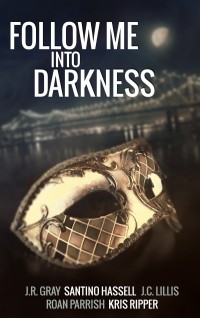 Oh, that’s a delicious question. Isah, in “TQR”, is a different story than most. Isah’s a very old character I’ve been discovering for years. The other difficulty in that particular story was lack of a common vocabulary. In a contemporary story you can use words like “trans”; in a non-contemporary story you can’t fall back on that general understanding. (And I’d put sci fi in this category despite the fact that you could also argue that in a futuristic fic the world may still believably use expressions of identity. Lois McMaster Bujold absolutely won my heart by having a bisexual MC in one of her books, whose wife referred to him as bisexual without a second thought and didn’t erase his sexuality regardless of how very much he was in love with her. *happy sigh*)

In a contemporary story I usually know stuff about characters when I walk in the door, and discover more along the way. Sometimes my first impression’s a little off. Sometimes it’s rock solid. But gender is no different than anything else for me as a writer; everyone feels it a little differently. Including all y’all cisfolks.

The M/M genre (and the Romance genre in general, to be honest) tends to show the same types of characters and relationships over and over again. And while obviously that’s what readers want on some level (or they wouldn’t keep buying them!), you tend to step away from the cookie-cutter relationships and the “same old, same old” cis/gay pairings. Do you write characters like this with the intent to challenge readers? 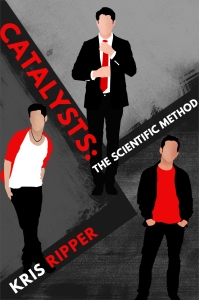 I mean, I guess the answer you probably want from me is, “Oh, yes, everything I do is very deliberate and thought-out.”

Some of my favorite books were written with an eye to challenge readers. I, uh, really…just write books I want to read. If readers feel challenged in a positive way, fabulous. (And enough of them write me to tell me they do, and that they can’t wait to see what I have in store for them next, to really make me wonder if readers *want* the same thing, or if they *default* to it.)

I can’t see myself in the “same old, same old” books. They don’t fill me with deep satisfaction. They make me feel alien and alone, because I don’t want the things other people want. I don’t enter the world the way other people enter the world. I have to write the books that don’t make me feel quite so wrong. And it’s a profound gift to me that every now and then someone else picks up one of my books and feels just a little less alien after reading it.

You mentioned on Twitter that an upcoming book has a few different relationships, including an asexual one, as well as some situations that you’ve never written before. What kind of research do you do before writing these characters?

Most of my research is reading; I find social situations daunting, so I’m not the writer who hunts people down and emails them to pick their brains. But thanks to the internet, I can hunt down other people’s conversations, which include the picking of brains, and shamelessly… eavesread?… shamelessly consume message boards and ask-me-anythings and Facebook pages. I can get a certain amount out of “here are the facts”, but the best stuff is in personal stories. I stumbled upon a Reddit AMA by the owner of an independent movie theater and it was the greatest source of research for the fourth Queers of La Vista book (in which the main character…is the owner of an independent movie theater).

I research, mostly, for anecdotes. Not in the sense that you posted something once on a forum that I will now directly plug into my book, but in the sense that when people tell personal stories they use casual language, they drop terms in without explaining. I’m writing a book right now in which quilting plays a role. Watching YouTube quilting videos is a lot like watching a surgery; the vocabulary is dense, everyone knows what everyone’s saying except you, and in the end something has occurred that–while you may have paid close attention to every second–you still have no earthly idea how you just got from Point A to Point B. That’s the stuff I like.

I over-rely on dialogue. It’s no surprise that “people talking to other people” is my preferred method of research! 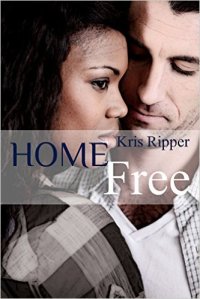 Oh, I’ll tackle the easy one first. I don’t look at anything I find annoying. So I don’t feel the need to see “less” of anything, really. But if people are putting out the same old “two entitled white people falling in love” books, I’m definitely not buying them. They sell really well, though. Don’t think we’ll see the end of that any time soon. (Reaching back into the past…it’s been going on for quite some time, telling all the stories from the perspective of entitled white cis people. Kind of a very long time.)

What do I want to see more of? I want to see more and different endings. I want to see “happily ever after” expanded to include those of us who don’t want to get married, who don’t enjoy sexual exclusivity, who have absolutely no desire to have sex with our romantic partners. A lifelong exclusive commitment to one other person sounds like a prison sentence to me; I’d like to see more (or any) endings in romance that normalize something other than that.

I know it’s what readers want. And there’s nothing wrong with wanting a book to end with a lifelong exclusive commitment between two people. But there’s also nothing wrong with wanting to see other happy endings. As with anything else, there’s a whole lot of ways to be happy, and a whole lot of ways to be romantic, and romance, as a genre, wildly over-represents a single path as the only kind of happy ending worth talking about.

Of course I also want what all of us want: more diversity of race, ethnicity, culture, gender, sexual behavior (I so want to write the het book in which the couple is sexual, but doesn’t have penis-in-vagina sex, y’all…I mean, it would get panned, but…). I want to see all types of characters with all types of backgrounds. I want to see all the body shapes, all the physical ability levels. (I stumble with that. Like, I don’t even know if that’s the right way to say that. Er.) Pretty much everything.

Do you have any advice for a cisgender or heterosexual person looking to write queer characters?

Write a character who has everything they could ever want–and then figure out why they’re unhappy. Because they are. You can feel that, right?

Write a little kid who’s playing with their new puppy, only write it from the dad’s perspective, because he just lost his job, and there is no way he can afford that puppy. Can you get inside his head? Can you feel his desperation, his self-loathing, his grief that he has to take from his kid something that means everything to them? His fear that some damage can’t be undone?

Write a new world in which there is no such thing as gender. Go ahead. We’ll wait. 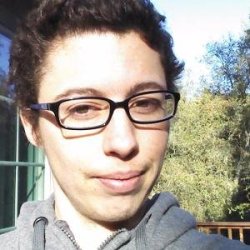