I recommend reading Manties in a Twist after the first two books in the series. 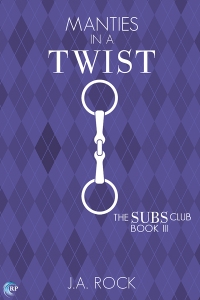 Look, I’ll never stop missing Hal, but this Subs Club my friends started to review suck-ass doms isn’t gonna bring him back or give him justice. For me, it’s just another chance to hang out with my friends, even if they think I’m too dumb to understand the important work we’re supposedly doing.

But maybe I’m not as dumb as they think—at least I know when I’ve got a good thing going. Which is why I just moved in with my dom. Ryan’s awesome possum. He’s really short, never makes me feel stupid, and is up for anything. One word: costumes. Two more words: women’s underwear. We’re all about the lace, no leather.

Except when we do pony play. We first tried it as a joke, but turns out I’m ballin’ at it. Now PetPlayFest is coming up, and I wanna take down the Subs Club’s archrival, Cinnamon the ponygirl, in the horse show.

My friends think I’m spending too much time with Ryan and ignoring my obligations to the group. But since when is friendship an obligation? Ryan’s my first serious relationship, and I want to take it . . . seriously. At some point I need to think about my future, not my past.

Alright dork skillets, gather ’round. Because I’m going to talk to you about dudes who like wearing panties while pretending to be ponies.

There are a lot of reasons you should give this book a try:

Confession Time: I did not expect to like Manties in a Twist. Of the four friends, Kamen was my least favorite character, and the sample chapter made me hesitate because Kamen felt too immature for me to enjoy reading his narration.

OH HOW WRONG I WAS.

Kamen’s determination and guileless nature make him an enthralling character. He’s a goofball, sure, but his genuine loyalty to his friends and to Ryan, his partner, proves that he has layers. 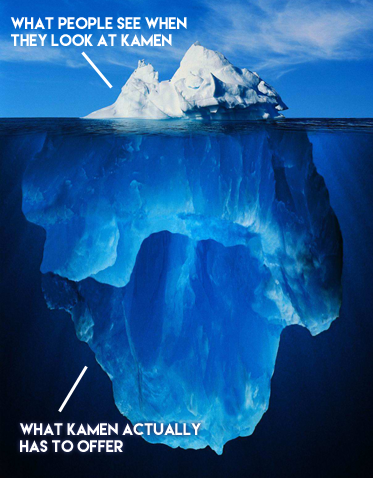 Here’s the thing: I don’t think any other character could handle the situations that come up in this novel. Dave is still stuck on the past, Miles is too serious and driven, and Gould is still too angry. Kamen’s optimism, devotion, and humor, combined with his ability to look to the future, make him essential to help the friends finally heal and move forward.

In a genre where so many romances feel like fairy tales, J.A. brings the realism hot and heavy. We all know someone like Kamen, and I think a lot of people will relate to his relationship with Ryan and his friends.

This novel is another perfect piece in the exceptional Subs Club series. J.A. writes books that are comfortable while simultaneously challenging you to accept new things. And even if you’re like me (and Dave) and aren’t a fan of pony play, you should definitely give it a try, because J.A. won’t let you down.

You can check out the full Subs Club Series here:

J.A. is also the author of a wide range of titles, from the hilarious and witty Playing the Fool series to the dark and gritty When All the World Sleeps (both with Lisa Henry).

Pre-order Manties in a Twist from the publisher
and get the novel two days earlier!

2 thoughts on “Advanced Book Review: Manties in a Twist, by J.A. Rock”