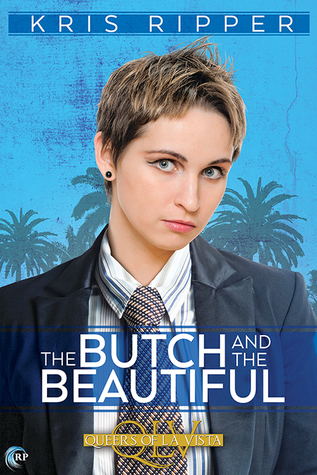 Jaq Cummings is a high school teacher who really wants a committed relationship—as long as it doesn’t keep her out late on school nights or interrupt Sunday mass with her dad. She is absolutely not about to fall for the hot-mess divorcée she hooks up with even if said hot mess pushes all her buttons. Jaq’s white knight days are over.

But one hookup with Hannah becomes two, then coffee, then more incredibly hot sex. And unlike most of Jaq’s exes, Hannah’s not looking for someone to come on strong. In fact, Hannah comes on plenty strong enough for both of them. But she’s just out of a disastrous marriage, she’s in the process of moving across the state, and Jaq can’t take a chance on yet another relationship where she defaults to being a caregiver instead of a partner.

Just when Jaq decides her relationship with Hannah is far too precarious, a crisis with a student reminds her of her priorities and makes it clear that sometimes, you have to take big risks to get what you really want.

The Butch and the Beautiful  proved to be a light and sexy second installment to the Queers of La Vista series. Fans of the author will immediately recognize the wit and distinct self-deprecating style in the main character Jaq, a high school teacher with commitment issues. Thanks to her often hilarious POV, Jaq was a super easy character to relate to. She’s highly pessimistic and second guesses everything, but she’s also a loyal friend, loving daughter and a good mentor to her students. Her fear of commitment is both utterly relatable and ridiculous at the same time. And by ridiculous, I mean the way it manifests itself can be over the top, as noted by Jaq’s friends – not that her phobia is a joke.

(Speaking of Jaq’s friends, there’s a whole cast of side characters in this book that I loved. In particular, two of her students Merin and LaTasha, and her best friend Zane, are characters that I hope to see more of in the future.)

Sadly, Jaq’s love interest Hannah remained somewhat of a mystery to me. She’s sexy, recently divorced and has a reputation for being flighty. She’s also femme to Jaq’s butch. Unfortunately, there were very few moments that gave me insight into her personality or her feelings – to the point where two thirds of the way in, I wasn’t even convinced Hannah was “the one” for Jaq. Despite my doubts, I have to say their chemistry was hot, and I enjoyed the unexpected dynamic between the two of them, particularly in bed.

I felt a little sad at how Jaq tried so damn hard to play it cool in an effort to keep things casual, all while overanalyzing every word and action (been there, done that!) and not letting herself take simple pleasure in meeting a new love interest. That’s about when it occurred to me that this book isn’t so much about Jaq finding love and a HEA – it was about taking chances and opening herself to the possibility of love.

The book was a fun, easy read but it did feel a bit sluggish in the middle. The pace eventually picked up, but to be honest it was mostly thanks to the subplot involving Jaq’s students (whom I adored), as opposed to Jaq and Hannah’s conflict. All in all, I enjoyed this book, but Gays Of Our Lives, the first book in the Queers of La Vista series, is still my favorite. If you haven’t read it yet, it’s a great start to a series that includes characters from different colors of the LGBTQ+ spectrum. Personally, I can’t wait for the next QoLV title, the Queer and the Restless, which will feature Ed as a trans MC.

Purchase The Butch and the Beautiful at:
Riptide Publishing
Amazon
Kobo
B&N

2 thoughts on “Advance Review by Rafa: The Butch and the Beautiful, by Kris Ripper”