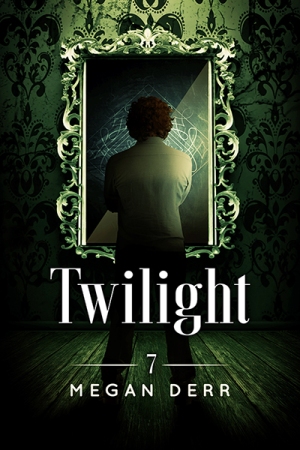 More than seventy years have passed since Neirin du Lac was banished from the dragon clans he called home. Though he misses them, he and his dragon Troyes have built a happy life with his lover Barra, and their friends Devlin and Midnight. It is a not a life he would ever trade, not even for a chance to return to the clans.

Then the very last person he ever expected to see again comes begging for help: Prince Avalon Pendragon, ruler of the clans, a man Neirin once called friend, once wished to call lover. When Avalon tells him why he needs Neirin’s help, it’s not a request he can refuse, nor can his friends refuse to help him.

But the people bold enough to steal from the clans are not to be trifled with, and in the midst of fighting for their lives Neirin also finds himself caught between the man he loves now and the man he never truly left behind…

I have read a lot of Megan Derr, especially in this DWTD series, though this is the first longer novel by her that I’ve read. And while I can recognize that Megan is an extremely talented writer with a fantastic ability to build new worlds… this book just didn’t do it for me on a number of different levels.

The first thing to note is that this is not a stand-alone like most (all?) of the other books in the series are. But this one uses many of the same characters (as well as time period and setting) from Midnight, an earlier book in the series. And even having read Midnight before, I was still constantly confused while reading Twilight, because there is no introduction of the characters… no slow ease into the story.

Which leads to point #2 against the book: it was non-stop action (with random sex thrown in) from start to finish. I couldn’t get a moment to breathe! BAM BAM BAM one after the other, the characters are running around and fighting and solving crimes and breaking up and having sex and TAKE A PAUSE, PLEASE. I could never get a moment to digest what was happening, because it happened so quickly and then the characters were immediately on to another thing.

Which is to say, the book felt incredibly dense, like trying to slog through a swamp.

There were a few other minor issues that kept me from being able to love this book:

I know it sounds like I didn’t enjoy this book. The truth is… well, I didn’t really. It wasn’t a bad book, but it didn’t feel like the Megan Derr novel that I generally devour. That said, I can still recognize that Megan has a lot of skill in writing, and someone with more patience than me, or who enjoys thick, plot-heavy and fast-paced long novels, would really love this one.

But, alas, this addition to the Dance With the Devil series is just not for me.

Writing and reading are my life. I’m pretty equal opportunity, there is very little I do not like to read. But, I think it’s safe to say that romance and fantasy are my primary stomping grounds :3 I love writing slash, it works for me in a way that writing other things never did. Past that, I’m all over the board – fantasy, supernatural, contemporary, space operas, you name it.

Outside of those primary obsessions, I love cooking, baking, reading, movies & TV. I also enjoy harassing my five cats. I live in a beach town so I never again have to put up with snow.

You can purchase Twilight from: