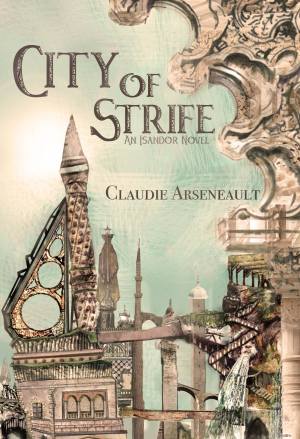 City of Strife is the first installment of the City of Spires trilogy, a multi-layered political fantasy led by an all QUILTBAG cast. Fans of complex storylines criss-crossing one another, elves and magic, and strong friendships and found families will find everything they need within these pages.

A hundred and thirty years have passed since Arathiel last set foot in his home city. Isandor hasn’t changed—bickering merchant families still vie for power through eccentric shows of wealth—but he has. His family is long dead, a magical trap has dulled his senses, and he returns seeking a sense of belonging now long lost.

Arathiel hides in the Lower City, piecing together a new life among in a shelter dedicated to the homeless and the poor, befriending an uncommon trio: the Shelter’s rageful owner, Larryn, his dark elven friend Hasryan, and Cal the cheese-loving halfling. When Hasryan is accused of Isandor’s most infamous assassination of the last decade, what little peace Arathiel has managed to find for himself is shattered. Hasryan is innocent… he thinks. In order to save him, Arathiel may have to shatter the shreds of home he’d managed to build for himself.

Arathiel could appeal to the Dathirii—a noble elven family who knew him before he disappeared—but he would have to stop hiding, and they have battles of their own to fight. The idealistic Lord Dathirii is waging a battle of honour and justice against the cruel Myrian Empire, objecting to their slavery, their magics, and inhumane treatment of their apprentices. One he could win, if only he could convince Isandor’s rulers to stop courting Myrian’s favours for profit.

In the ripples that follow Diel’s opposition, friendships shatter and alliances crumble. Arathiel, the Dathirii, and everyone in Isandor fights to preserve their homes, even if the struggle changes them irrevocably. 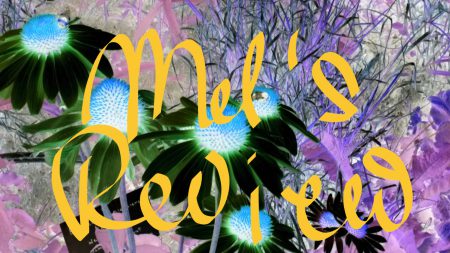 City of Strife, the first instalment in a new fantasy series, masterfully combines a tale of city life with its politics, merchants, and assassins with the danger of an evil outer force.  The story is told through different point of views from a huge cast of characters, thus giving insight into the world of  both the nobles and the poor and homeless people within the city as well as the ongoings in the hostile enclave of a foreign empire that has settled outside the city Isandor.

The cast of multiple characters, fortunately, was in no way tiring or challenging, since I could connect to all of them and it was easy to tell them apart because they were all three-dimensional and distinct. The switches in point of view are not too often but also frequent enough so I didn’t lose track of any of them. I think it is pretty amazing how the author managed to bring so many different characters alive on the page.

Moreover, the cast mainly consists of LGBTQIA* characters.  At no point did I think that this seemed forced or over the top and the way the characters are written seemed very natural to me. There are also characters of color and a disabled character. I especially like that the latter, Arathiel, is the hero in the story when he, near the end, realises that “[t]oday, his numbed senses would be his blessing. Today he stopped hiding, stopped pretending his body worked perfectly, and just accepted it didn’t.” I thought this was really lovely.

It was great in general that the focus of the book was not on the nobles, as is often the case in fantasy books, but more on the lower city where many of the disadvantaged people in life find their home in the Shelter. An additional plus is that many characters can not simply be divided in good or evil – apart from the wizard Avenazar, that is – which makes this read a more believable and also relatable one.

The first half of the book progresses a little slowly but once I hit the halfway mark I couldn’t put the book down and was completely engrossed in fearing for everyone’s lives. Having read Viral Airwaves by the author, in which not all of the characters survive, I have to say that I was really worried here for one of the character’s life for some time, (highlight for spoiler) but I am happy to announce that this was in vain, at least so far. While the book develops this story arc to a kind of satisfying point, this thread and all the others are still open, some of them precariously so. The ending didn’t leave me reeling or utterly frustrated but, to be honest, I don’t like that I have to wait for the sequel to find out what is happening next. I asked the author today, though, and she’s planning on a release for fall 2017, so that’s not too long.

Concerning the content warnings of the story that I provided above from the author’s website, I want to both elaborate on them and to mention that I personally didn’t think that this book was heavy or laden with negativity. Most of the cruelty takes place off-page and it is not bloody or very physical. The mental abuse, however, is rather prominent. Not only regarding the oppression of the people in the enclave but also regarding the torture that is unleashed on their minds. Interestingly, I didn’t have much trouble with this kind of torture – probably because it is not possible in our lives – while I usually cannot stomach any physical torture in books. So if none of the content warnings from above is a trigger for you, then I think the thorough list should not sway you from reading this book.

I recommend this book if you like fantasy with a complex world building and many characters, and the diversity of this book definitely speaks in its favour.

I am an asexual and aromantic-spectrum writer hailing from the very-French Québec City. And yes, French is my first language, at the heart of who I am.

My long studies in biochemistry and immunology often sneak back into my science-fiction (because viruses are fascinating and terrifying all at once), and my love for sprawling casts invariably turns my novels into multi-storylined wonders. Seriously, I cannot help it. The most recent of those, City of Strife, begins a friendship-centered trilogy I hope will become a staple of my work. I am also a founding member of The Kraken Collective, a cooperative of indie authors publishing LGBTQIAP+ SFF.

I am strangely fond of squids and hot air balloons, and a great chunk of my free time is sunk into gaming, whether they be video or board games.

You can purchase City of Strife from:
Publisher
Amazon
iTunes
Barnes & Noble

6 thoughts on “Book Review by Mel: City of Strife, by Claudie Arseneault”