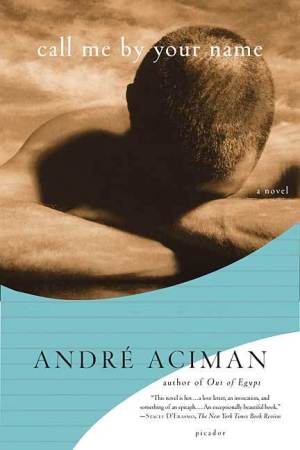 Call Me By Your Name, by André Aciman
Publisher: Macmillan
Release Date: January 23, 2007

Call Me by Your Name is the story of a sudden and powerful romance that blossoms between an adolescent boy and a summer guest at his parents’ cliff-side mansion on the Italian Riviera. Unprepared for the consequences of their attraction, at first each feigns indifference. But during the restless summer weeks that follow, unrelenting buried currents of obsession and fear, fascination and desire, intensify their passion as they test the charged ground between them. What grows from the depths of their spirits is a romance of scarcely six weeks’ duration and an experience that marks them for a lifetime. For what the two discover on the Riviera and during a sultry evening in Rome is the one thing both already fear they may never truly find again: total intimacy.

The psychological maneuvers that accompany attraction have seldom been more shrewdly captured than in André Aciman’s frank, unsentimental, heartrending elegy to human passion. Call Me by Your Name is clear-eyed, bare-knuckled, and ultimately unforgettable.

This is the type of book that as soon as you turn the last page you have to talk about it. Be it to a friend or in the form of a review, there needs to be an outlet to release all the feelings that a story like this evokes. A dear friend had mentioned CMBYN in conversation on several occasions but it had never seemed to find it’s way to the top of my TBR. She recently picked up Aciman’s latest so I was once again reminded that I needed to read this book and I am so glad I did.

CMBYN drudges up the feelings that we tuck away because life keeps moving forward and the memories of a special time can sometimes be too painful to bring to the forefront of our minds. It’s these little blips in our personal histories that sometimes become much more consequential than we ever expected and we end up living “parallel lives” because of them. Have you ever crushed to the point of infatuation or obsessed to the point of elation and frustration? To carry those experiences you shared with another person with you through the rest of your life? Some of those details may be a bit extreme but we’ve all been through some variation of this when encountering the rare few who just click for us. Maybe it’s young love when everything’s so fresh and new or maybe it’s later in life when the timing isn’t right. Whatever the case, I think you’ll find Elio’s story very relatable in one way or another. I also think it’s comforting to know that others have been through similar situations because when you’re living it, and even more so as a queer person, it can be quite lonely and make a person feel like they’re losing their mind if they can’t talk about it.

This book hit home for me in a lot of ways and it also helped me come to terms with how a part of my own story came to an end. Beautifully written, the gorgeous prose is poetic at times and so well realized that my heart ached for Elio and Oliver. Make no mistake, this is not a romance, but rather a look into the lives of two men whose moment together was destined to be brief. It takes place in the mid-eighties when being openly gay or bisexual was a very scary prospect and while I wasn’t so sure in the beginning, by the end I desperately wanted their story to have an alternate ending.

Every time I go back to Rome, I go back to that one spot. It is still alive for me, still resounds with something totally present, as though a heart stolen from a tale by Poe still throbbed under the ancient slate pavement to remind me that, here, I had finally encountered the life that was right for me but had failed to have.

A bit long winded throughout the middle, I felt there were parts that could have been edited out and it wouldn’t have changed the overall message. The format in which the conversations are written gets a little confusing at times as well and I’m still not sure if throwing in capitalized words in the middle of a sentence was done on purpose or not. All of these complaints were easily overlooked, though, and did not at any point take me out of the story. I was still rapidly turning pages, struggling with tearing myself away when I would have rather stayed curled up with this lovely novel and not moved until I was finished.

Ultimately, it was the ending that left a permanent Elio + Oliver tattoo on my heart. My friend had warned me that I might find it heartbreaking so I worried as I approached the conclusion that the author would ruin this remarkable account with a tragedy or far fetched conflict for the sake of adding drama. I don’t want to spoil you so I’ll just say that I was pleased with the way things wrapped up, even if it did have me reaching for my tissues. Especially that last paragraph which I think I read three times in a row and then went back later and read once more. It’s clear that Aciman understands human nature very well. I think this is a great book for people of all ages, straight or queer, and I highly recommend giving it consideration if you haven’t already. 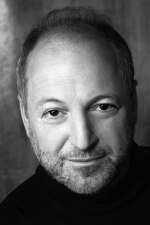 André Aciman was born in Alexandria, Egypt and is an American memoirist, essayist, novelist, and scholar of seventeenth-century literature. He has also written many essays and reviews on Marcel Proust. His work has appeared in The New Yorker, The New York Review of Books, The New York Times, The Paris Review, The New Republic, Condé Nast Traveler as well as in many volumes of The Best American Essays. Aciman received his Ph.D. in Comparative Literature from Harvard University, has taught at Princeton and Bard and is Distinguished Professor of Comparative Literature at The CUNY Graduate Center. He is currently chair of the Ph. D. Program in Comparative Literature and founder and director of The Writers’ Institute at the Graduate Center.

You can purchase Call Me By Your Name from:
Publisher
Amazon
iTunes
Google Play
Barnes & Noble
IndieBound

I paid for a copy of this novel with my own bank.

One thought on “Book Review by Rita: Call Me By Your Name, by André Aciman”