As part of Trans Book Month on Just Love, in which we are highlighting trans literature and authors, we want to give you a sneak peak at the upcoming twin novellas The Black Tides of Heaven and The Red Threads of Fortune by JY Yang, which show a wonderful concept of gender and transgenderness as well as several transgender characters.

Mel has already read them and can’t shut up about them because they were incredibly good. 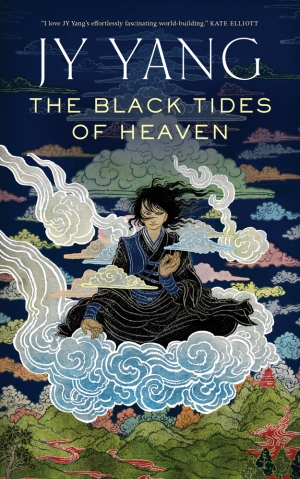 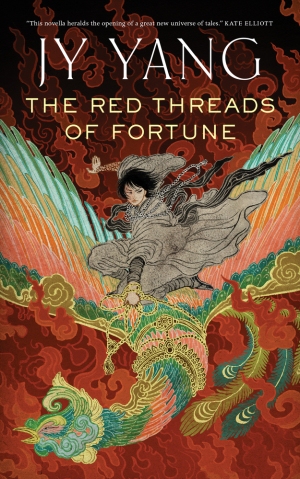 When I saw the covers in a tweet, I couldn’t but find out more about the books behind them, because I think they are the most beautiful thing. I read an interview with the author and was even more intrigued when they said that the twin novellas could be read in any order.

You can read my review of these awesome stories closer to release day (OMG, I loved them!), but today I want to tell you about the concept of gender and the representation of transgenderness the queer and enby author JY Yang created in their world.

In this fantasy setting (or I believe it is called silkpunk), children are gender neutral when they are born and are able to decide their gender at any point later on in life or not at all. The person’s body only starts to develop male or female features once a person has chosen their gender, if they so want and take the necessary measures for this. A decision on a gender doesn’t necessarily mean that you have to ‘transition’ into the gender, too.

The language, the clothes, and the appearance go hand in hand with this idea of gender as well. There are, for example, different pronouns for those who haven’t chosen a gender and then there are pronouns you can choose once you decide on a gender. That is to say, there went some serious thought into the creation of this world and society, thus foregoing the awkward result when such an idea isn’t thought through and comes off as gratuitous.

I highly recommend that you check out these books because they are awesome and they made me dream and yearn for a world that is more like this one.

I want to mention that the author has some short stories out online which are free to read, if you feel like checking them out first. 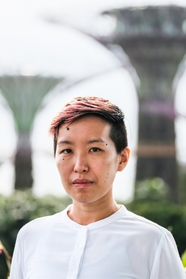 JY Yang is the author of the Tensorate series of novellas from Tor.Com Publishing (The Red Threads of Fortune, The Black Tides of Heaven, and two more slated for 2018 and beyond). Their short fiction has been published in over a dozen venues, including Uncanny Magazine, Lightspeed, Clarkesworld, and Lightspeed.

JY attended the 2013 class of Clarion West, for which they received the Susan C. Petrey scholarship to attend. In 2015 they were awarded a postgraduate scholarship from the National Arts Council of Singapore to read their MA in Creative Writing at the University of East Anglia in Norwich, Britain.

In previous incarnations, they have been a molecular biologist; a writer for animation, comics and games; a journalist for one of Singapore’s major papers, and a science communicator with Singapore’s Agency for Science, Technology and Research (A*STAR).

JY is currently based out of Singapore. They identify as queer and non-binary.

You can purchase The Black Tides of Heaven from:

You can purchase The Red Threads of Fortune from:

5 thoughts on “TRANS BOOK MONTH: Sneak Peak by Mel: “The Black Tides of Heaven” & “The Red Threads of Fortune”, by JY Yang”