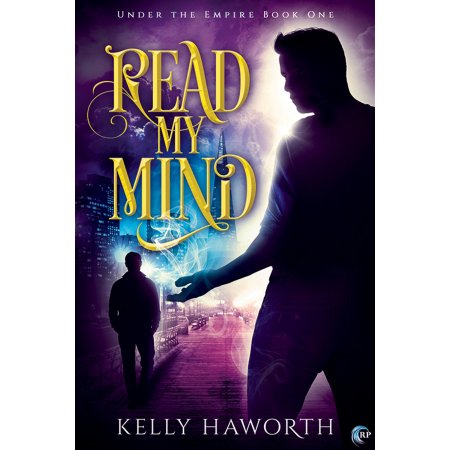 Reading someone’s mind won’t always tell you what they want.

Scott Kensington lives happily without magic; prayer is all he needs to worship the gods. Then he starts his studies at the University of Frannesburg, and not only is he suddenly surrounded by eccentrics—those gifted with magic—but his own latent ability begins to surface, with consequences that could tear his soul and family apart.

Nick Barns is grieving for his lost mother and desperate for distraction—usually in the form of limited-edition action figures. As a telekinetic, he’s no stranger to magic, so he offers to help Scott adjust to his new powers. They quickly learn how their magics interact, their shared passions soon growing beyond superheroes and immortals. But Nick’s not taking his studies seriously, and his father threatens to pull him from the university. Overwhelmed by his own crumbling family, Scott’s convinced he can’t handle a relationship, but he doesn’t want to let Nick go.

With grief, guilt, and magic complicating everything between Nick and Scott, it seems that not even the gods—or a new comic book—can save their relationship now. Sometimes, even reading someone’s mind won’t help you understand what they want.

This book isn’t normally something that would interest me in terms of the genre, but as it turns out the only parts of the book I liked were the things I would normally avoid.

Without the random abilities these characters developed this would be the most boring college-based romance novel I have ever read. It was so mundane because it had WAY too much everyday stuff and not enough focus on the magical elements. The whole book had all this stuff going on that never really got committed to. It was there as a decoration instead of something to shape the plot so these guys just walked around doing college stuff and then suddenly talked about their abilities.

The two MCs Scott and Nick met at the beginning of the book and were suddenly perfect for each other. Yeah because they are both boring and had weak character development. They were bonding through religious stuff found in comic books and then the powers that the people in this world develop. Other than that it was really hard to believe this relationship could work. Also quite frankly I didn’t care if it did or not.

I really wish this author had made it more about the powers/magic than boring everyday stuff and random arguments with parents. I was so bored. I wanted to enjoy this book but teenage boys are boring to me. As a writer, you need to make people engage with characters they normally wouldn’t.

The religion aspect of the book was weird. There were hints of a bigger Empire and other nation states and all sorts of stuff like that but other than Scott the people around him were clueless about it and so he’d explain it to them. It got really bogged down by this. I understand the author wanted us to learn about this but written this way I lost my interest.

This is nitpicky because I know it doesn’t bother other people but I hate it so much when the perspectives change from chapter to chapter. Add in the fact that their perspectives didn’t add anything to the mundaneness of the plot I was just super over it by the end of the book.

I wanted way more magic and way less average college life. The writing was good in this book but it lacked a solid plot and interesting characters.

Kelly Haworth has way too active an imagination, so she channels it into writing. Kelly is genderfluid and pansexual, and honestly doesn’t know if she’ll ever write an allo-cishet couple again. When not working at a genetics lab or staying up too late writing, she can be found wrangling her two toddlers, working on cosplay, or curled up on the couch with a good TV show or book.

You can purchase Read my Mind from: