END_OF_DOCUMENT_TOKEN_TO_BE_REPLACED

Throughout September, we’re celebrating Women in Queer Sci-Fi & Fantasy here on Just Love, including interviews and guest posts from some amazing authors!

Today we’re joined by RoAnna Sylver, author of the fantasy novel Chameleon Moon and more, as she talks about one of her favorite queer female characters, and healing with the power of story. She’s also written a gorgeous poem to accompany her post!

END_OF_DOCUMENT_TOKEN_TO_BE_REPLACED 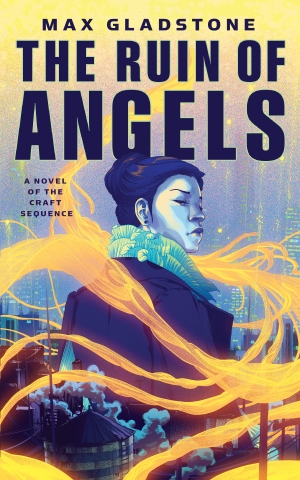 END_OF_DOCUMENT_TOKEN_TO_BE_REPLACED

Today we’re highlighting new author Amanda Foody, whose recent release, Daughter of the Burning City, is a darkly whimsical fantasy set in a traveling circus, and who has the talent to create realistic illusions of people… illusions which are somehow being murdered.

I sat down with Amanda at San Diego Comic Con, to ask her all about this incredible book, and about what’s coming up next for her!

END_OF_DOCUMENT_TOKEN_TO_BE_REPLACED

Throughout September, we’re celebrating the women of queer Sci-Fi/Fantasy! You can find the master-list of posts and the schedule here!

Today we’re excited to welcome author Katherine Locke to the blog, to talk about her book, The Girl With the Red Balloon and the main character, Ellie, who time travels back in time to East Berlin and the Cold War.

So welcome, Katherine, and thank you so much for joining us today!

END_OF_DOCUMENT_TOKEN_TO_BE_REPLACED

Throughout the next four weeks, we’re excited to bring you posts from some incredible SFF authors who are writing kickass leading ladies.

Here’s what you can look forward to: