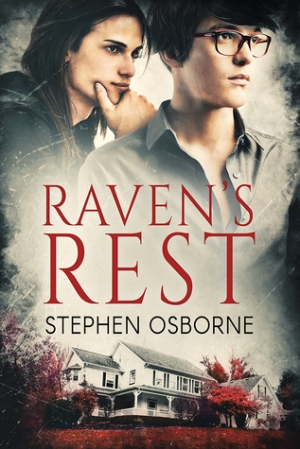 END_OF_DOCUMENT_TOKEN_TO_BE_REPLACED

Henry and Vincent return in this sequel to Jordan’s Restless Spirits, a horror/paranormal series about two men who use different methods to battle and help the dead who are trapped in our realm.

After the events of Reyhome Castle, Henry Strauss expected the Psychical Society to embrace his application of science to the study of hauntings. Instead, the society humiliates and blacklists him. His confidence shaken, he can’t bring himself to admit the truth to his lover, the handsome medium Vincent Night.

Vincent’s new life in Baltimore with Henry is disrupted when a friend from the past asks for help with a haunting. In the remote town of Devil’s Walk, old ties and new lies threaten to tear the lovers apart, if a fiery spirit bent on vengeance doesn’t put an end to them first.

I know it’s an overdone plot, but I love when a character keeps a secret that they know is going to come back and bite them in the ass later. Henry is dreading the moment that Vincent finds out about his disgrace, but he can’t bring himself to tell the truth, too ashamed, so he keeps burying himself deeper in the lie. As a reader, it made for a delicious anticipation!

I normally don’t like the horror genre very much. I’m a wuss, I admit it! But I love Jordan’s books and her characters, so I gathered my courage and dove in. I don’t think many people would say that these are “horror” books, necessarily. I mean, they’re definitely not Stephen King in terms of creepiness levels. But ghosts covered in flames and hauntings in a small town are definitely enough to get the hairs on the back of my neck rising.

Henry glanced at Vincent, then back to the window. His hand trembled visibly as he reached out and brushed the fabric back just an inch.

A white eye, without iris or pupil, stared in at them. (ePub page 60)

This is definitely a book for readers who like the paranormal side of the m/m genre. It’s pretty short (under 200 pages), and I would have preferred if there’d been more about Lizzie and Jo, since I find both of their characters incredibly interesting. But it was super enjoyable… even though I may not sleep tonight!