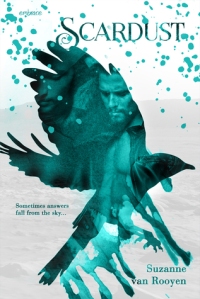 Raleigh Williams made a promise to his brother before he died, that he’d scatter his ashes on Mars. Desperate to leave a life of bad memories behind and start over in the Martian colony, Raleigh fully intends to keep that promise. But his plans are thwarted when a meteor near-misses him in the desert, and Raleigh finds in its crater not debris or even a spacecraft, but a man covered in swirling scars and with no memory of who he is. At least he looks like a man—a man Raleigh can’t seem to keep his eyes off of—but whenever they touch it ignites a memory swap between them.

Raleigh agrees to help Meteor Man piece together his life through their cosmic connection. But the memory share goes both ways, and Raleigh becomes inexplicably entangled with a guy who is everything he needs—everything good that Raleigh is not—but might not even be human. As their minds and worlds collide, reality unravels and Raleigh must face a painful truth, one that could shatter his dreams of finding love, reaching Mars, and fulfilling his brother’s last wish.

END_OF_DOCUMENT_TOKEN_TO_BE_REPLACED 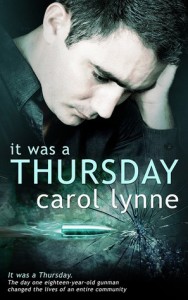 It Was a Thursday, by Carol Lynne
Publisher: Pride Publishing
Release Date: December 15, 2015

I received an advanced copy of this book from the publisher in exchange for a fair and honest review.

It was a Thursday. The day one eighteen-year-old gunman would change the lives of an entire town.

Principal Mark Kurtz loved his school. He worked hard to give his students every advantage in life, but he could have never predicted that on a warm day in May, a distraught senior would commit an unimaginable act of vengeance on his classmates.

In the aftermath of the shooting that left both students and faculty members dead, Mark must deal with his own guilt while trying to help those around him feel safe once again.

Mark’s problems are compounded when an old flame, Lane Warner, arrives in town to help treat the trauma victims. How can he possibly deal with his own guilt, be there for his seventeen-year-old son and confront the part of himself he’s always denied while trying to heal a broken community?

END_OF_DOCUMENT_TOKEN_TO_BE_REPLACED 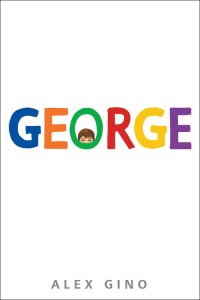 (Note: While the main character of the novel is known as George to the rest of the world, she calls herself Melissa, so I’ll be using that name in my review. More here.)

Finding transgender fiction for adults is difficult enough, so to find a novel with a transgender protagonist written for children is absolutely amazing. And George is a fantastic read, with a charming main character.

I think the first time I heard the term “transgender” was in high school. Growing up, I had no idea that gender was fluid; it simply wasn’t discussed. But we live in a world where people like Caitlyn Jenner and Laverne Cox now appear on TV every day, and where doctors accept that sexuality and gender are established in children at a very young age. So to have a book about a transgender girl is incredibly important, in my opinion.

I’ve long since grown out of middle grade literature, so this won’t be my normal review. I have no way to judge this book against other fiction for the same age range, or to judge the realism and quality of George (or Melissa as she calls herself) as a character.

But I can tell you that I did enjoy reading this novel. I read it with a smile on my face the entire time, because it was incredibly sweet, and really lovely, and Melissa has so much courage and spunk in her that I wanted to reach through the screen of my Kindle and give her a high-five.

If George were there, she would fit right in, giggling and linking her arms in theirs. She would wear a bright-pink bikini, and she would have long hair that her new friends would love to braid. They would ask her name, and she would tell them, My name is Melissa.

I also really respect that Alex Gino didn’t make this a perfect novel with a perfect, happy plot. Life for Melissa isn’t easy, and it seems like the world is against her a lot of the time. Bullying is a major theme in this novel, as is parental acceptance. But in my completely not-professional opinion, it seemed very age-appropriate and well done.

This is probably the most expensive e-book that I’ve purchased all summer (I wanted the hardcover, but Amazon says it’s 2-4 weeks for shipping, woe!), but I don’t regret it in the slightest. It’s a quick read, but I would give two or three times that amount to support more books with trans characters for children.

George is a book that needed to be written, and Alex Gino did a fantastic job of writing it.