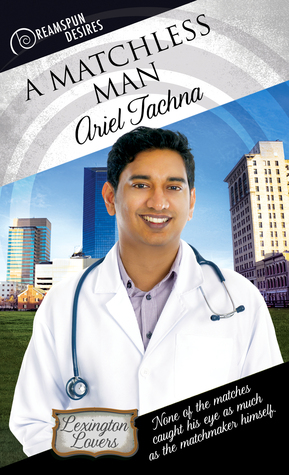 END_OF_DOCUMENT_TOKEN_TO_BE_REPLACED

Audio Rating: 5 out of 5 stars

END_OF_DOCUMENT_TOKEN_TO_BE_REPLACED

As the French army leader’s bastard son, Cornelius Stevens enjoys a great deal of latitude. But when he saves an enemy soldier using clockwork parts, he’s well aware he risks hanging for treason. That doesn’t worry him half as much, however, as the realization he’s falling for his patient.

Johann Berger never expected to survive his regiment’s suicide attack on Calais, much less wake up with mechanical parts. To avoid discovery, he’s forced to hide in plain sight as Cornelius’s lover—a role Johann finds himself taking to surprisingly well.

When a threat is made on Cornelius’s life, Johann learns the secret of the device implanted in his chest—a mythical weapon both warring countries would kill to obtain. Caught up in a political frenzy, in league with pirates, dodging rogue spies, mobsters and princesses with deadly parasols, Cornelius and Johann have no time to contemplate how they ended up in this mess. All they know is, the only way out is together—or not at all.

END_OF_DOCUMENT_TOKEN_TO_BE_REPLACED 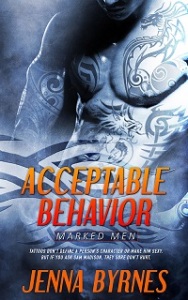 Dr. Travis Nelson has a passion for ink but keeps his many tattoos covered by long sleeves and trousers. He’s aware that as a pediatrician he’ll be judged not only by the other physicians in his practice, but also by the parents of his young patients.

When Sam Madison takes his young nephew, Levi, to be seen for an ear infection, he’s immediately attracted to Travis and the feeling is mutual. But Sam’s sister Melanie is going through a rough time and caring for Levi, and covering her obligations, keeps Sam occupied. He feels like he’s in no position to start a relationship.

Travis sees things differently, though he’s unable to truly understand the deep bond and connection Sam shares with his twin. As Melanie’s life goes from bad to worse, Sam is forced to make difficult decisions. Is protecting Levi enough of a reason for the two men to stay together, or will fighting for the child ultimately tear them apart?

END_OF_DOCUMENT_TOKEN_TO_BE_REPLACED 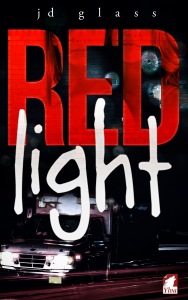 Sometimes, heroes need a hero of their own.

Red is… The blood family that Victoria Scotts, “Tori” to her family and “Scotty” on the job, has, the mother and younger sister she supports emotionally and financially, the famous cousin that seems to have even her mother’s favor, the family legend they’re all held up against.

Light is… Learning her true calling despite her mother’s censure as Tori becomes an EMT in the New York City 911 system, discovering true friendships despite and within horrific circumstances, and falling in love—really, truly, passionately, in love, not just “for real,” but “forever.”

Blood is… Shed when a good faith attempt to render aid, comfort, and compassion go horribly wrong, leaving Tori not only injured, but also questioning the validity of her relationships, the ties of flesh and those that transcend it, and her faith in the innate goodness of people.

Love, friendship, and loyalty, are all tested and pour out like blood under the Red Light.

END_OF_DOCUMENT_TOKEN_TO_BE_REPLACED

Dr. Jeff Martin has spent five years as a rural general practitioner on the Isle of Wight, hiding the fact he’s gay. He travels in secret to see his partner, Tris, but when he discovers Tris has been cheating on him, he ends their relationship. Then Jeff meets island native Cameron Gillard. Cameron is down-to-earth, lively, and treats Jeff like he’s the most important person in his life. Jeff blooms under Cameron’s attention, and he decides to come out to his colleagues and friends.

Just when things are going well, Tris reappears out of the blue. Jeff is no longer interested in Tris, but it seems he has two men to convince. Tris, who can’t believe Jeff is serious about wanting to end their relationship, and Cameron, who can’t hide his jealousy of Tris.

Jeff is certain about one thing—the only man he wants in his life is Cameron. Now he just needs to prove it to him.

END_OF_DOCUMENT_TOKEN_TO_BE_REPLACED

* I received an advanced copy of this novel in exchange for a fair and honest review. *

Short-tempered, arrogant heart surgeon Jason Garcia grew up wanting a close-knit family, but believes he ruined those dreams when he broke up his marriage. The benefit of divorce is having as much random sex as he wants, and it’s a benefit Jason is exploiting when he meets a sweet, shy man at a bar and convinces him to go home for a no-strings-attached night of fun.

Eight years living in Las Vegas hasn’t dimmed Abe Green’s optimism, earnestness, or desire to find the one. When a sexy man with lonely eyes propositions him, Abe decides to give himself a birthday present—one night of spontaneous fun with no thoughts of the future. But one night turns into two and then three, and Abe realizes his heart is involved.

For the first time, Abe feels safe enough with someone he respects and adores to let go of his inhibitions in the bedroom. If Jason can get past his own inhibitions and open his heart and his life to Abe, he might finally find the family he craves.

This is a re-release of Cardeno C.’s 2014 novel with the same title, but it was the first time that I’d read anything by this author. That said, I’d seen the author’s name multiple times in the genre, always with positive reviews, so I was looking forward to a novel about two men who manage to complete each other.

But I guess you can’t always get what you want, right?

I’m sorry, I just didn’t buy it. Any of it. The relationship, the characters, the way scenes were shown as montages instead of any actual detail… none of it. At 30%, I had to get up to get chocolate to keep me awake. At 46%, things finally started to pick up a bit, but the second half was less a downhill and more a sludge.

Jason is probably the most ridiculous human ever, and I don’t mean that in a good way. He’s oblivious, selfish, and is an openly gay man who doesn’t believe gay men can have families or truly be in love. He meets Abe, who’s a decade younger than him, sweet, and mostly-innocent, and for some reason Abe is attracted to him. Sex happens. Again, and again. But still Jason refuses to believe that the things he’s feeling are legit emotions.

I wanted to punch him in his stupidly oblivious face. A lot.

Not being the possessive type, he wasn’t sure why the idea of Abe not being with anyone else turned him on… (Kindle Loc. 887)

The writing also drove me insane. There would literally be a super serious scene, one with a lot of emotional turmoil and Important Discussions, and then immediately after that SEX SEX SEX! with no transition. It was jarring, and honestly kinda uncomfortable as a reader to have my emotions jerked back and forth like that.

The saving grace of this novel was Jason’s family. His ex-wife and kids were interesting characters, and I enjoyed Abe’s interactions with them. Kristen was bright and sassy and delightful, and I wish we’d gotten to see more about Donny’s problems and how those were worked through.

Final verdict? It’s readable, but I didn’t particularly enjoy it.