END_OF_DOCUMENT_TOKEN_TO_BE_REPLACED

Audio Rating: 2 out of 5 stars

END_OF_DOCUMENT_TOKEN_TO_BE_REPLACED 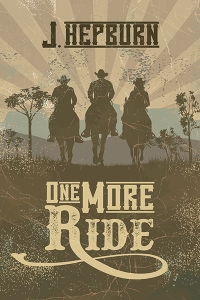 I received an advanced copy of this novel from the publisher in exchange for a fair and honest review.

Amanda runs the only hotel in a young town on the edge of white settlement in Australia. It’s a far cry from the life she used to lead, a life only her business partner knows anything about, and she prefers it. But when bush-rangers hold the hotel at gunpoint, threaten everyone in it, and ride off with the contents of the safe, it’s an insult she can’t let slide.

Set on vengeance, Amanda swallows her pride and seeks help from the two men she parted ways with long ago. But the past stirred by their company is harder to ignore than anticipated, and Amanda struggles both with the deadly fight in front of them and the old desires she thought she left behind.

END_OF_DOCUMENT_TOKEN_TO_BE_REPLACED

Justin was sent to get a mare, and is helpless to explain to his unhappy boss why he came back with an untouchable gray stallion instead, but there’s just something about the horse that wouldn’t let him leave it behind.

Of course, because an angry boss and a horse they don’t need isn’t enough, the horse goes missing—leaving a strange man in his place, a man who speaks in riddles and seems more than a little crazy, but he’s also just as hard to refuse as the stallion…

END_OF_DOCUMENT_TOKEN_TO_BE_REPLACED

Bandits came looking for the legendary emeralds belonging to Maggie’s family, killing her older brother and scarring her face. She can’t change the past, but finding the jewels will help her injured sister recover. In need of reliable muscle, she goes to an old friend of her brother’s: tough-as-nails nonbinary bounty hunter California Talbot.

While Maggie expected hard roads and violence, given the tragedy that provoked the journey, she wasn’t expecting the bar fights, snakes, and bandits to be the easy part—and the difficult part to be a growing attraction to someone who’d probably never look twice at her mutilated face.

END_OF_DOCUMENT_TOKEN_TO_BE_REPLACED 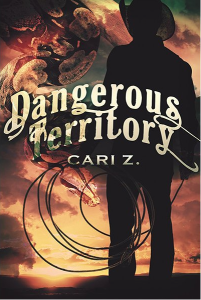 I received an advanced copy of this novel from the publisher in exchange for a fair and honest review.

With his father barely in the ground and his sister married to a scheming bastard, Carter is on the verge of losing the family ranch. His only chance at holding onto his inheritance is to get his cattle to market before his brother-in-law. That means braving Mason Canyon, which on top of being snake-infested and easily flooded, is also shifter territory. Most clans would just as soon shoot humans as look at them.

His only hope of making it is to trust the shifter who’s agreed to help him, and pray that Rani won’t double-cross him. If Carter doesn’t go he loses everything, and if he doesn’t make it there his family is as good as dead.

END_OF_DOCUMENT_TOKEN_TO_BE_REPLACED 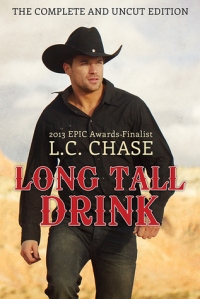 Oh, be still my heart! Stories about closeted cowboys in small towns are definitely one of my guilty pleasures, and this was a delightful read! I grew up in Texas and worked on a horse ranch in Wyoming, so I can definitely relate to the need to hide being different.

This is a short novel that was originally published several years ago, but has now been re-released with a longer ending. Ray owns a thriving horse and cattle ranch in the conservative mid-west, and is very careful to keep his sexuality a secret. He’s seen gay men get beaten and run out of town, and isn’t willing to lose everything by coming out.

The relationship between Ray and Travis, a horse trainer who comes to Ray’s ranch, is really beautiful. They’re both gay, and so terrified of being outed. Rumors of Travis’ sexuality have followed him from his last job, and are causing problems on the ranch. But through all of this, Ray can’t resist his attraction to Travis.

If you didn’t read this when it was originally released, definitely check it out now. There’s not a lot of sex, but the few scenes are super hot, and the sexual tension between Ray and Travis will have you fanning yourself! The side characters really add to the enjoyment too, especially Dot, who is the most awesome old lady ever!

Final word? Go read it. Great characters, a really enjoyable read, and a seriously hot relationship. Plus, a well-written look at homophobia in small-town America, with a HEA that will leave you smiling. (That said, at $5 it’s a bit pricey for the length, but this is one that I can see myself re-reading in the future.)

Short & Sweet: When they were both young, Ryder and his friend Andi thought they’d found the perfect solution to their problems: she was single and pregnant, and he was secretly gay, so they got married and raised Jonas together. But then Ryder meets Dr. Declan Winters, and the connection between them is undeniable. Now Ryder and Andi’s arrangement is threatening to come apart at the seams.

* I received an advanced copy of this book from the publisher in exchange for a fair & honest review. *

My Thoughts: The cowboy trope in romance fiction is one that’s been done a hundred times, but I was pleased to find something new in Maxfield’s “My Cowboy Promises”. Ryder is not your typical cowboy; he knows that he’s gay, but has made the decision to stay in the closet and give up college and his own life so he can support his best friend Andi and her son. He’s raised Jonas as his own for the last five years, and wouldn’t give up this life for anything, but meeting the new doctor in town changes everything.

Ryder felt like a very real character to me, dealing with very real issues. He hates keeping secrets, but does so because it’s the only way he can keep Jonas as his own. He wants to be in a relationship with Declan, and has Andi’s support, but feels guilty for having to keep their attraction hidden. And when he finally can’t take the lies and the secrets anymore, it sets his life in a tail-spin.