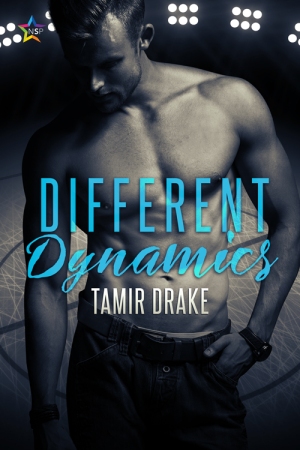 Hilarious Fanfic Rating: 4 out of 5 stars

Richard doesn’t mind being an omega; all he cares about is playing good hockey, even though it means ignoring the media that tries to rip him apart for it. They don’t think omegas should be allowed on the ice, but he gets along fine. He’s team captain. He can play with the best of them.

The one sticking point is his heats; Richard might be on suppressants, but he’s one of the unlucky ones who still gets a heat every four months or so. They suck to deal with, especially alone, but seeking out a heat partner isn’t an option. The PR nightmare alone keeps him from any kind of hook-up. He can’t risk it. Hockey is all he’s got.

When Richard’s heat comes early while his team is on a roadie, teammate and best friend James helps him out of a bad situation. Tired of hurting, Richard decides it’s better not to go it alone. And James is safe and warm; he’s a great alpha who knows just what Richard needs. When Richard also imprints on big, bad rival player, Dmitry Sokolov? There’s sweet comfort in a three-way with lots of knotting and dirty talk.

Disclaimer 1: If you found this review by googling your name or the name of someone you know in real life, STOP NOW AND ABORT. Seriously, hit the freakin’ back button.

Disclaimer 2: If you don’t know what a/b/o is, this review will be very confusing. Go educate yourself. You’re welcome. (I’m sorry.)

If I was writing this review as someone who has not read her fair share of hockey fanfic, it would be a much simpler review to write. Different Dynamics is an a/b/o story set in the midst of a hockey team, and it’s honestly not great on either the a/b/o or the hockey parts. As a non-hockey-fanfic reader, I would easily rate this a 1.5 or 2, and say it is bland, overdone, frustrating, and has an ending that is not a HEA and just barely a HFN.

Which makes this book HYSTERICAL.

Back up. Hockey fanfic is fanfic using real human beings, in situations they do not (to the best of our knowledge) engage in for real (read: sex. allllll the sex. with each other.) If that squicks you out to the extreme, you should really stop reading now.

Different Dynamics is absolutely hockey fanfic with the names change. In fact, I would say with reasonable (absolute) certainty that it is Sidney Crosby/Evgeni Malkin/Alexander Ovechkin fanfic. (The former two are star players on the back-to-back Stanley Cup Champion Pittsburgh Penguins; the latter is the star player of the Washington Capitals, and a “rival” of the other two. In reality they are probably BFFs.)

But Richard had always been pretty positive Sokolov maybe hated him a little. They had a whole “media rivalry” thing going on.

So I mentally replaced every name in this book with the corresponding Real Life Hockey Player. It made it a lot more bearable when Sidney starts having omega lust thoughts about Malkin, and absolutely made Ovechkin’s Russian accent and ridiculousness make more sense.

But the book itself is a mess. Sidney spends the entire novel having his own omega dynamic explained to him.

“Fuck,” Richard breathed. “That’s why omegas need heat partners. Why did no one ever tell me this?”

The sex is not very well done. The trope brings absolutely nothing new or fresh to the table. There is no actual hockey despite being a story about three hockey players. And the ending… I thought I must be missing a few chapters, since it ended so abruptly!

You should read this book if you:

You should not read this book if you:

And if you’re really interested, go read some truly awesome hockey a/b/o fanfic. Message me, I’ll send you some links.

Tamir has the tendency to write feelings into everything, no matter how filthy. He’s not all that sorry about it.

You can purchase Different Dynamics from: