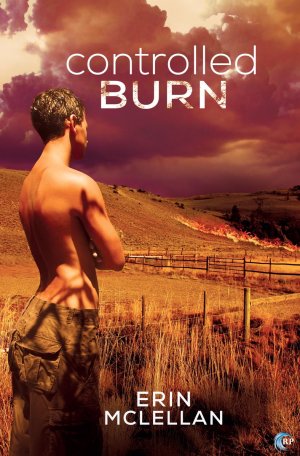 At eighteen, Joel Smith’s life fell to pieces. His boyfriend died in a car crash while reading a sext from him, the local newspaper outed them both in the aftermath, and his parents got a divorce. Joel did everything possible to outrun his past: he moved to Oklahoma for college, legally changed his name, and started over.

Since then, he hasn’t let anyone get close—not his classmates, not his roommate, and definitely not his hookups. The strategy has served him well for over three years. Why would he change it now?

But Joel doesn’t plan on the articles about his boyfriend’s death being used as a case study in one of his classes. And he doesn’t plan on Paulie McPherson, who is sweet and giving and fun. In Paulie, he finds a home for the first time in years.

But love isn’t simple, and lies have a tendency to get in the way. Joel must figure out if he’ll allow his grief to rule him, or if his connection with Paulie is worth letting all of his walls come tumbling down.

I read this in one sitting, and was unable to put it down. Joel and Paulie felt fully realized to me, as characters who are deeply affected by their pasts and presents, but are working on figuring out how to let the past go so that they can actually move forward. Don’t be put off by the story warnings on this one: ultimately this is a book about hope and healing.

The writing is fantastic, and vividly creates both Joel and Paulie’s characters, even as the story is told solely through Joel’s POV. So if you are not into characters who are dealing with grief badly, then you may not get very far in this one. However, many of Joel’s realizations about how distant he is from other people, how deeply trapped he is inside his own head, rung true to me and I had a great deal of empathy for Joel throughout this.

Joel is, understandably, incredibly torn up over his high school boyfriend Diego’s death. It’s clear from the small recollections we get about Diego over the course of the story that Joel and Diego as a couple would not have lasted very long after high school. However, because Joel was the cause of Diego’s death, his guilt, the intense public shaming and scrutiny he received, and the rejection from his family have all been knotted up deeply in Joel’s psyche. It’s that intense guilt that’s keeping him stuck on Diego, and watching Joel slowly come to understand the true nature of his baggage is cathartic in its own right, and a critical step towards Joel’s healing.

However, it feels like every sexual encounter between Paulie and Joel is magical healing sex that allows Joel to bypass counseling or therapy over his massively internalized feelings of guilt. And when this is subverted in one particular scene, it’s taken almost too much to the opposite extreme. The way in which this scene is initiated and how it falls out, and how reconciliation is achieved, slightly soured the end of the story for me.

On the whole, though, this is a book I would highly recommend, as well as being a great debut novel, and I am wholeheartedly looking forward to reading Travis’ story. I also have to give a shout-out to the supporting cast in this one – there are some A+ characters here, and I always deeply appreciate a book that remembers to make the world bigger than the lead characters.

Erin McLellan writes contemporary romance with characters that are complex, goodhearted, and sometimes a little quirky. She likes her stories to have a sexy spark and a happily ever after.

Erin has a bachelor’s degree in creative writing from Oklahoma State University and a master’s degree in library and information studies from the University of Oklahoma. A former public librarian, Erin still enjoys being surrounded by books and readers, but now she hopes to find her stories on the shelves as well.

Originally from Oklahoma, she currently lives in Alaska with her husband and spends her time dreaming up love stories set in the Great Plains. She is a lover of chocolate, college sports, antiquing, Dr. Pepper, and binge-worthy TV shows.

One thought on “Advanced Book Review by Natalie: Controlled Burn, by Erin McLellan”