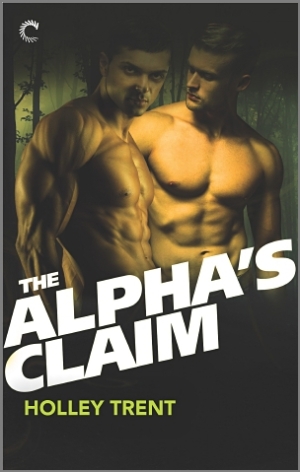 Jim West, the New York Coyote pack alpha, has successfully defended his territory from external threats for almost fifteen years. Pack politics may be a pain in his ass, but his command has never been doubted, his authority never questioned.

Until Teddy, an argumentative pancake-house server, challenges more than his patience.

The lithe, pretty human calls to Jim’s baser instincts. He knows instantly Teddy is his mate—but the timing couldn’t be worse. Tension within his pack is growing, and adding a human mate to the mix could spark an uprising, with Teddy as the target.

Teddy’s smart mouth may heat Jim’s blood, but with a full moon only days away, getting Teddy to let down his guard and accept him—the man and the beast—is his main priority. There’s no fighting the pull of a mate, but learning his lover is a literal predator might make Teddy run right into the danger Jim’s desperate to control.

These are the hardest reviews to write. The reviews when you really didn’t like a book. In this case, I hated it. I could not get into the story. Was there a story? Not really. I couldn’t get into the characters. Who were these people, really? I have no idea because I never really learned much about them other than their physical attributes and what they did for a living. Honestly, these guys know little about each other so when they get together and obviously fall fast, they still don’t know anything of substance. It happens so fast that there is no time for any real story or character development.

I’ve been slowly trying new authors, particularly where shifter stories are concerned. I have found I like shifters. In this case, I was excited for not only a new to me author, but Jim is the Alpha for a pack of Coyote. I’ve never read Coyote shifters so I thought, yay!

The writing is not clean, the story is lacking any emotion and real plot, and I was bored to tears. It was everything in me to finish the book. I ALWAYS FINISH THE BOOK. It might take me a while, but if I’m going to review something, I like to know that I really read it all and gave it my best shot. Sadly, this time around, I was more than disappointed.

USA Today best-selling author Holley Trent was raised in rural coastal North Carolina. She’s a lady with Southern sensibilities, but in 2011, her adventurous spirit drove her to Colorado for new experiences. She lives on the Front Range with her husband, two kids, and two cats.

Want to chat with Holley about her backlist titles or any other thing? Email her at holley [at] holleytrent [dot] com.